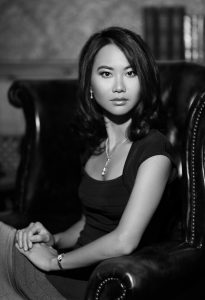 Felicia Yap grew up in Kuala Lumpur. She has written for The Economist and The Business Times. She has also been a radioactive-cell biologist, a war historian, a Cambridge lecturer, a technology journalist, a theatre critic, a flea-market trader and a catwalk model.

Felicia lives in London and is a graduate of the Faber Academy’s novel-writing programme. Her debut thriller Yesterday is published by Headline (UK), Little Brown (USA) and in multiple other languages around the world.