I wrote a short story entitled Mystery of a Misunderstood Woman for A Women’s Thing Magazine. I hope you will enjoy reading it! 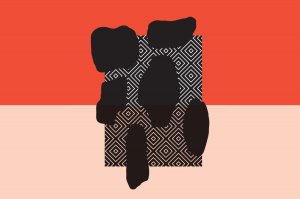 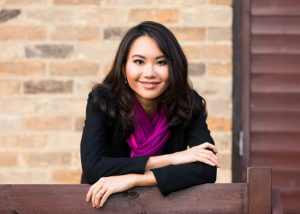 I’m delighted to be supporting the wonderful Future Bookshelf initiative. Here are some of my contributions to the project:

1. How Do I Write in My Chosen Genre? 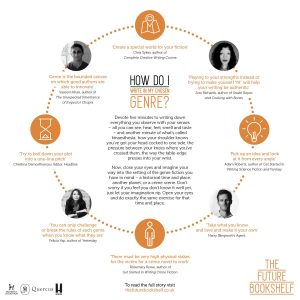 I trust my instincts when it comes to crafting layers of suspense. Where to start or end each chapter, for instance.

I also read a lot of psychological thrillers, suspense novels and police procedurals before I began writing Yesterday (a high-concept thriller about a murder which happens in a world where most people only remember yesterday, a novel that spans all three genres). I believe that you can only challenge or break the rules of each genre when you know what they are. Yet writing also involves research. Most experts are incredibly helpful and generous with their time, if you ask for advice politely. My contact in the Metropolitan Police, for example, sent back ten pages of brilliant suggestions. 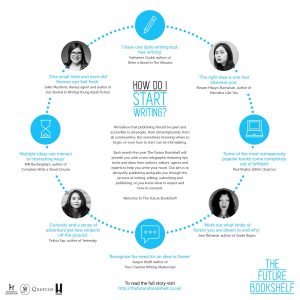 By being curious and determined. My debut thriller Yesterday is about the question ‘how do you solve a murder when you can only remember yesterday?’. The concept came to me when I was travelling to a ballroom dance practice in late 2014. The premise was so intriguing, I started writing the next day. It became an exciting adventure, one which prompted me to reach for my laptop each morning. I was determined to find out if the question could be answered in an entertaining way, in the form of a story which kept me hooked myself. Curiosity and a sense of adventure help writers get new projects off the ground. They make us want to start.

Do check out the Future Bookshelf website for more writing tips and ideas from authors, agents and editors.

My agents submitted my debut thriller Yesterday to publishers on both sides of the Atlantic on the day I reached my 100th country.

My journey began with a simple question that struck me on the way to a ballroom dance practice in late 2014: “How do you solve a murder when you can only remember yesterday?” The concept was so compelling, I spent most of the session working out the mechanics of this murder (much to the consternation of my dance partner). I began writing the next day. Characters wandered onto my screen and did perplexing things. I learnt to trust them, to follow the paths they took.

Fifteen months and lots of hard work later, my thriller was ready to go. I had spent almost the whole night editing; I could barely keep my eyes open. I sent the manuscript off at 7 a.m. because I had a boat to catch. The relief which flooded me was mingled with fear: what if all the publishers hated the manuscript?

But things were out of my hands, now. All I could do was hope.

I got on the ferry to Montserrat. It was a roller coaster of a ride, the bumpiest I had ever experienced. My face was a nice shade of green when I arrived. I staggered onto land, scrawled “My 100th Country” on the sand, took a photo and collapsed face-down.

It hit me later that day: I would have never written Yesterday if not for my travels. Study and work had led me abroad from a young age. I left Kuala Lumpur for Singapore after receiving a scholarship at the age of seventeen. I was nineteen when my first employer dispatched me from Singapore to Ireland to write a newspaper review of Riverdance.

Travel, I realised, helps us appreciate universal truths about the human condition; the deep fears which preoccupy all of us, no matter where we live. Much of Montserrat was wiped out by a series of volcanic eruptions; its capital Plymouth is now a ghost town, its ruins epitomising fear and loss. The fear of loss is real. The fear of forgetting is omnipresent. The desire to remember is one of the things that makes us human, no matter where we are. This is precisely what Yesterday explores: are we still capable of love if we can only remember yesterday?

Here’s the photo. I had always wanted to visit a hundred countries. I had long dreamt of Submission Day. A writer’s journey is an endless series of peaks and troughs. There are seconds of sweet satisfaction as one passes yearned-for milestones along the way. I hope never to forget that magical moment in Montserrat. 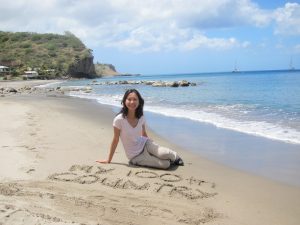